I’ve been having a hell of a time internally dealing with how I feel towards my oldest step seedlings behavior lately. First of all, as an older father, I understand that my temperament, and patience for some of the kid’s actions is very low. I understand that kids are different, and do childish things, but a majority of their behavior at home is “directly” influenced by parents. And if your kids are “buck wild,” then you have to take some of that responsibility as a parent. Particularly in my household, I do a great deal of educating and engaging the kids through conversation. I demand a great deal from the kids because I invest a tremendous amount of time teaching the kids how to conduct themselves in a responsible manner. But my oldest step seedling has helped me to see a simple truth that I have never really considered.

“What’s love really got to do with parenting?” (think about it for a moment)

My fiance’s kids call me by my first name. I hate that I allowed them to start calling me 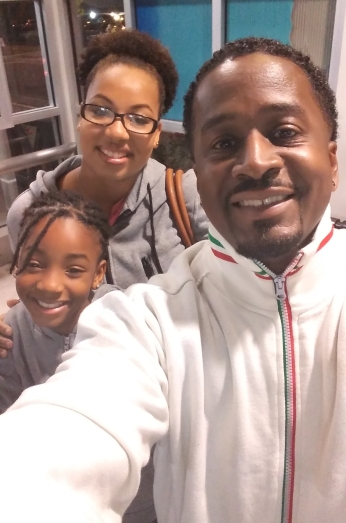 by my name. I wasn’t raise that way, and I was always taught that it was disrespectful. I value my upbringing, and I have taught my own kids to respect adults in that fashion. I honestly can’t see anything wrong with teaching your kids to respect adults out of a sense of acknowledging responsible people with dignity. I understand that in today’s world there may not be many dignified adults, but I ain’t one of them folks. And I also understand just because I don’t see anything wrong about my value, doesn’t mean other parents “can’t” have a difference of opinion. I respect that as well! However, I’ve made it very clear to my fiance that I disapprove of the kids calling by my first name. We had numerous “conversations” about the matter. I’m not trying to replace their fathers, nor would I ever require the kids to call me “dad.” The name/title should be reserved for their fathers.

However, I’m not just “Keith,” and I don’t just function as a surrogate baby sitter for their momz. I function just as much as a “father-figure” as any dad!

Recently, I asked my oldest step-seedling why she doesn’t acknowledge me when she enters the room. I had actually noticed for a while that she “acts like” she don’t see me when she’s “2 feet” in front of me. I gave it a good month before I said anything to her. It would be different if it were occasional, no big deal. But when she sees her little brother or momz, it’s this big greeting! Actually it’s almost laughable because I’ve been through similar issues when my bio-daughters were around her same age. But with 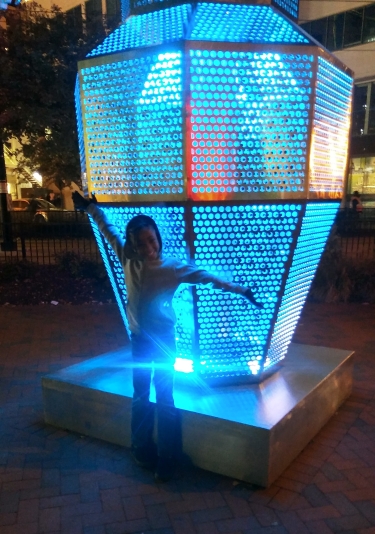 them it would be when they were upset with me about something. We were a pretty loving fam, so speaking to each other was second nature. So it’s not like it wasn’t noticeable what my step-seedling was doing. I remained cool just because “she’s a 9 year old little girl.” However, this particular morning, after walking right past me to greet her little brother, I couldn’t hold it anymore. I asked the little lady “did she see me?” She said “yes.” I asked “well don’t you know it’s disrespectful to not speak to someone when you enter the room?” She stated that “she didn’t think it was all that disrespectful.” I simply said “ok,” and walked out of the room. It would have been different if I knew her momz hadn’t taught her to greet people when you enter into a room. She has gotten into trouble by her momz in the past for not greeting folks. To my step seedlings credit, she did say sorry moments later.

By then I knew for certain we were dealing with something more than “love and respect.”

My oldest step-seedling hasn’t seen the man she knows as her father in almost a year. I’m certain she’s dealing with resentment, and loyalty issues regarding her respect of my place in her life. And her mother has had “boyfriends” before who didn’t command the level of respect from her that I do. So I understand the trepidation that she must be enduring. I never want to force myself on anyone, particularly a child. But as I stated before I firmly believe kids are (taught) respectable behavior by their parents. And although the kids have “created” a name for me, they sparingly utilize the name. Just the other day their mother asked them to call me by this alternate name, and the oldest daughter asked “why,” and mentioned that I haven’t stated I had a problem being called Keith. My fiance said well just call him the new name they came up for me from now on.

I was upset with fiance for not telling the kids that we strongly disagreed about them calling me by my first name, and that she “denied” me right to be fairly represented in our household. And out of respect for my fiance I allowed the kids to be “comfortable” at my expense.

Despite how much I love the girls, in particular my oldest step seedling, that is not the reason I give 110% in my role as a PreNup Pops. I work hard because I’m committed to our beautiful blended family. I function as father-figure, and continue to remain consistent in my parenting role because fatherhood is my passion. As a PreNup Pops I understand that the process of developing meaningful relationships take time. You CAN NOT make kids LOVE you! If you’re a step-parent that needs kid’s love to motivate you, then you’re going to struggle! I grind hard for my family because that’s what fathers do! My feelings don’t determine my effort and commitment. As much as I don’t like certain aspects of our blended situation, I’m sure the kids don’t like some stuff as well! But my job is to model, and exemplify responsible behavior despite personal disappointment. At the end of the day, I’m an OG PNP, and I don’t function off my ‘feelings.” I function off of vision, and planning. I’ve been in the parenting game for a minute, so I’ve been to the “finish line” with 3 kids already! In 2 decades of parenting I’ve learned that “love” will only take you so far as a parent. You have to “value” yourself as a parent, and remain committed to your parenting plan. It’s my commitment as a father-figure that drives my parenting, and keeps me fortified for the lang haul!

What is Your Parenting "Cut" With?

PreNup Pops – What the hell is that?!