So we finally got real about child support last night. My fiance and I have had a very long standing issue regarding the “lack” of child support from her kids fathers. I myself am in the child support system and truly never want see any black man have to deal with that bullshit. The system is really not designed for men who work hard and sacrifice to support their kids

financially. However, there are some dudes that if there is no system in place to hold they asses accountable, they will do the bare minimum and still expect full inclusion in their child’s life. So my position on child support is very clear – if you have kids and you not with the kids mom, financially support your muthaf#%kin’ kids! This bulls#%t of n!gg@s not doing s#%t 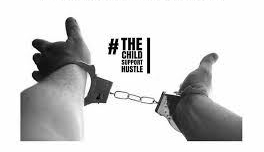 and making it seem like financially supporting their kid is an option is f#%ked up all the away around. My thing is this n!gg@ got a kid who has f#%king needs. Kids cost! Tell that n!gg@ to send some fucking money (Period)! This s#%t about I will try to have something or I’m in between jobs or I’m barely making it is some bulls#%t. I’m really fed up with the s#%t because I know from experience that ain’t nobody coming to help you take care of yo’ f#%king kid. It’s nobody else’s responsibility to take care of your kid. When you finally realize that ain’t no body coming to help your a$$, you figure out how to take care of your s#%t. Sometimes we as men are soft and lazy! So at the end of the day I’m really not mad at the dad because I know what it is with him. What I couldn’t understand was why she pacifying this n!gg@, and then turn around and hold me to a higher standard with his kid! Her premise is that she see what I went through with my kid’s mom and don’t want to put him [anybody] through the same thing.

She can’t put that dude through what I went through because unlike my kids mom she has given this n!gg@ opportunity after opportunity to get his s#%t together.

Even when he started giving some money, after pressure from me on her to talk to him, that s#%t fell off with no explanation and no push back from her. So if she file for child support, it’s not her fault. He did that s#%t to himself. In the meantime the kid is still accumulating needs that are not being supported by this dude nor her because she don’t work. Even if she did work he still has a responsibility to support his kid on some level.

I’m not saying kick his back in, and make it hard on the man. I’m just saying hold him accountable to figuring out what he can do consistently. If this dude can only afford $10 a week, then send that s#%t!

Just don’t do nothing, or half do s#%t and expect everything to be cool. Because while he is being inconsistent his kids needs don’t stop, and I continue to pick up his slack while still supporting my own kids. So what I realized in the conversation is my fiance has a personal principle that she lives by that inevitably rewards non-accountability, but prohibits her from being accountable to herself. She stated that she doesn’t want to “shit on the people that has helped her”. What the muthaf$%king f#%k?!! She has said that to me before and I get her point. But here is where I have the issue. The merit of this n!gg@’s help in the past has expired. Like you can’t grant people perpetual credit for doing s#%t forever. Especially when he takes clear advantage of that position, and has a history of not following through on what he says he is going to do. So you see him taking advantage of you, and you still won’t hold him accountable because he did s#%t in the past? And on top of that you don’t want to kick his back in because you don’t want him to suffer like I did (unnecessarily). At this point in the conversation I realized that I was still out! I don’t get the same treatment. I get to pick up this n!gg@’s slack and take care his f#%king kid. I get treated like the “out back” slave n!gg@ that works their a$$ for everybody’s benefit except my own. At the end of the day if you’re going to be (PNP) and not some sucka n!gg@ that puts their responsibility on another dude you got to be ready to take on a heavier load and still make it happen for your fam!

You Can't Win their Loyalty!

It Does Get Better…Trust Me!

She broke my Hula Hoop…I think?